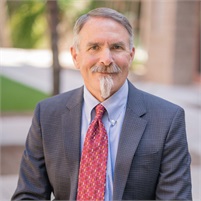 Ira is a Founding Partner of Raintree Wealth Partners and recently celebrated his 29th year in the industry. He started his financial services career as a Financial Advisor with Dean Witter in 1991, and was subsequently recruited to both Prudential Securities and A.G. Edwards.  Ira took his financial practice private in July 2010 in Scottsdale, Arizona where he works to help individual investors work towards their financial goals as they transition to retirement.

Ira grew up in Omaha, Nebraska and graduated from the University of Nebraska, Lincoln with a B.S. in Business with an emphasis in Finance. Upon graduation, he accepted a commission in the U.S. Marine Corps, and was stationed in Tustin, California at Marine Air Group (MAG) – 16. Ira deployed aboard the USS Belleau Wood with Helicopter Squadron HMM-161, and served in Saudi Arabia during Operations Desert Shield / Desert Storm.  Ira departed the U.S. Marine Corps in June 1991 as a Captain, and moved to Scottsdale, Arizona.

Still a proud Marine, Ira works tirelessly on a number of Veteran and Marine Corps causes. He sat on the Board of The Veterans Directory, and has been a committed 10 year member of the Marine Corps Scholarship Foundation’s Arizona Scarlet & Gold committee and is a two-time past Co-Chair of the Arizona Awards Dinner.  Additionally, Ira has hosted the Annual Phoenix Marine Corps Birthday Luncheon for the past 24 years.

When not working, Ira is an avid outdoorsman and hiker.  He has completed a number of Rim to Rim hikes at the Grand Canyon, and enjoys mountain biking, golf and motorcycle riding.  Ira and his wife Karla live in Scottsdale and have two children, Sara and Samuel - who will graduate from Barrett, The Honors College at Arizona State University this coming December.